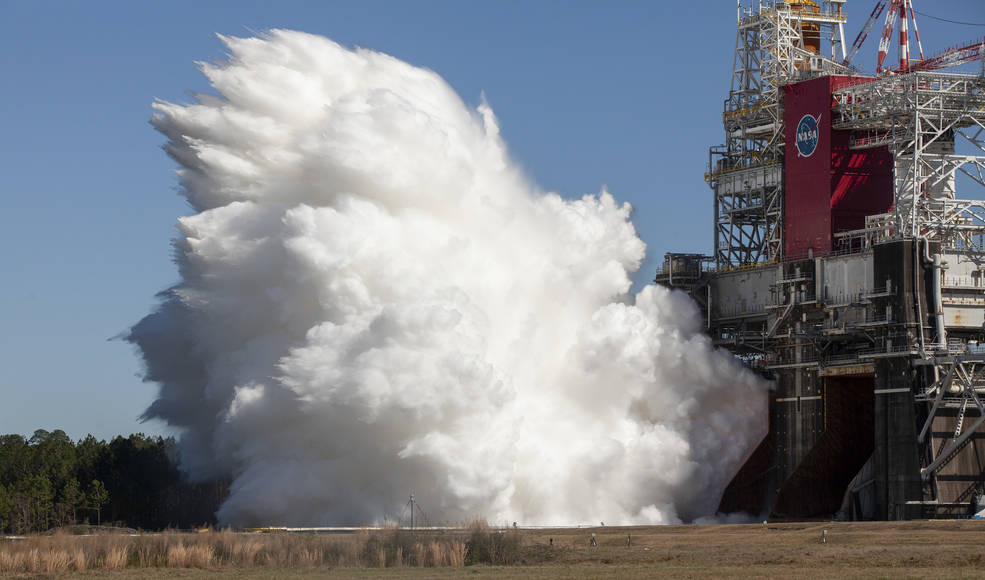 The National Aeronautics and Space Administration (NASA) has successfully tested the most powerful rocket in the world. The Space Launch System (SLS), an American superheavy launch vehicle being developed by NASA for manned missions beyond Earth orbit, has passed the final and successful hot-fire test of the main stage.

The SLS is the most powerful rocket NASA has ever built, and during today’s tests, the rocket’s main stage produced more than 1.6 million pounds of thrust in seven seconds. The SLS is an incredible engineering feat and the only rocket capable of delivering the next generation of missions that will send the first woman and the next man to the moon

How Was the Preparation For the Launch

Ready to see the world’s most powerful rocket come alive?

🚀 Watch this recap of our @NASA_SLS's hot fire test with all 4 of its engines firing, just as they will during the @NASAArtemis I launch to the Moon this year: https://t.co/lsjhVU9h30 pic.twitter.com/wdUqG0HCGN

In a statement of the space agency, it is said that during this test, a team of specialists performed new operations with the main stage for the first time, repeated some critical operations and recorded test data that will help ensure that the main stage is ready for future flights.

This was the eighth and last in a series of Green Run tests designed to ensure that the rocket can launch the Artemis mission, which will see the “first woman and the next man” (a reference to the fact that men were on the Moon as part of the Apollo program) land on the Moon in 2024. These tests can help answer questions about how a rocket can perform at different stages of launch.

Today is a great day for NASA, Stennis, and the National Human Space Exploration program. This latest test in the Green Run series represents an important milestone for a return to the Moon and a possible mission to Mars

What Will Happen to the SLS Rocket Now

The SLS rocket will now be sent to NASA’s Kennedy Space Center in Florida so that it can be assembled and integrated with the Orion spacecraft designed for astronauts.

This second, longer hot-flame test was deemed necessary, after the first fire test of the SLS main stage in January ended earlier than planned. It was also expected to last eight minutes, but the test stopped after just one minute.