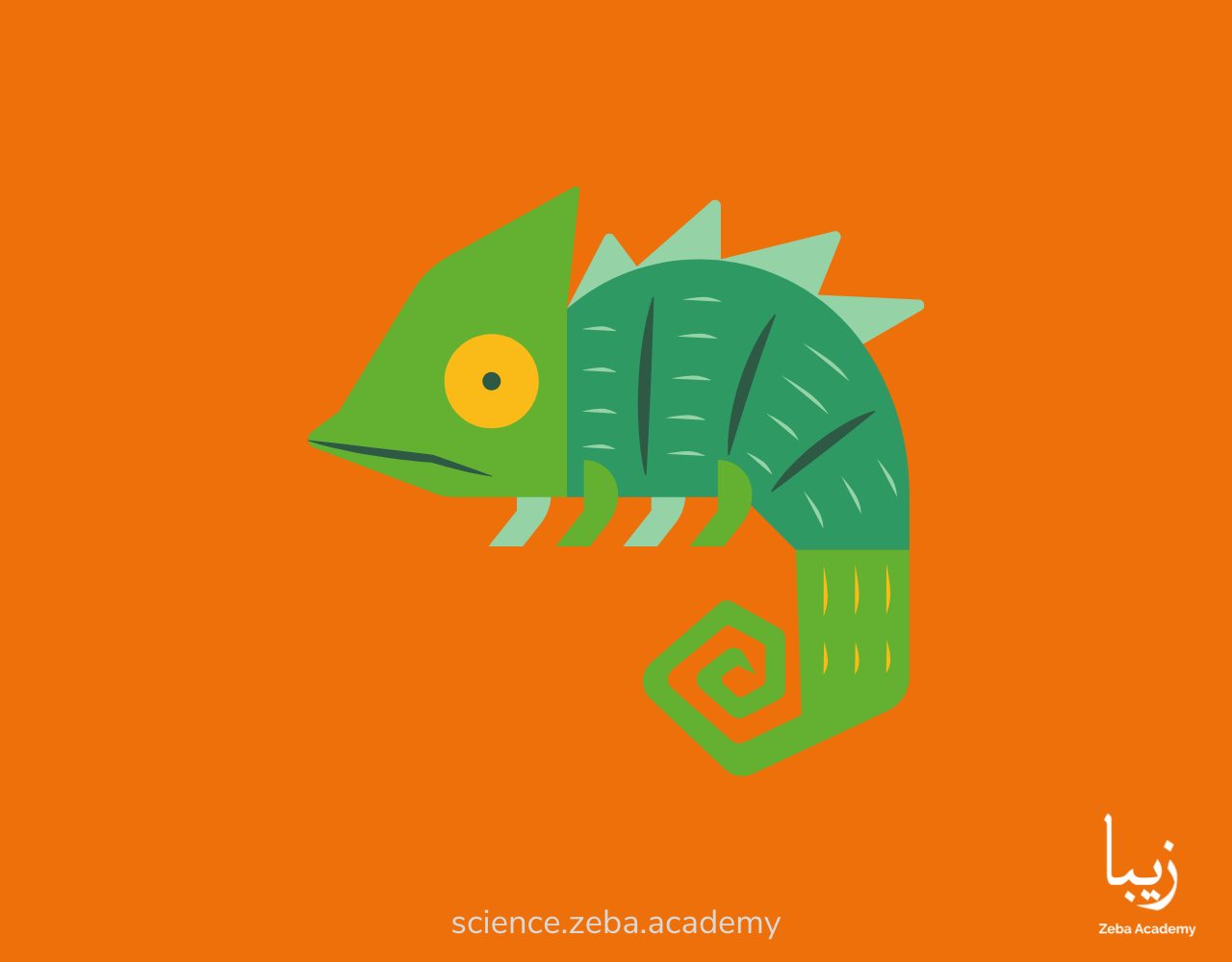 The Language of Colour: Why Chameleons Change Their Colour?

The chameleon is one of the animals that is truly unique and of interest. It is this representative of the animal world that has an amazing ability to change its colour. This ability can be called a unique natural phenomenon, which today has a certain explanation.

The chameleon is a small lizard, which is about 30 centimeters long. Nature has given the chameleon a truly unique ability, which is expressed in changing its colour.

Why They Change Their Colour?

For a long time, it was believed that chameleons change their body colour to blend in with their surroundings. However, the main reasons for changing the colour are different. Chameleons mainly change colour under the influence of environmental factors (lighting, temperature, humidity) and their mood.

Due to the peculiarities of the structure of the skin, chameleons are able to change the colour of their body from light to dark brown or even black. Moreover, these changes can occur both on the entire body of the reptile, and on its individual parts. Sometimes the reason for the change of colour can be external stimuli, such as temperature, light or humidity, and sometimes – sensations and feelings. But the most interesting thing is that sometimes the colour of chameleons serves as something like a message that they seek to convey to their fellow humans.

So, for example, most often the light green chameleon of Jackson shows its relative-rival dissatisfaction when it changes colour to brown. And if after that the enemy does not want to give up, the males begin to fight with their horns. And male panther chameleons begin to change their colour during the fight. “Fighting” panther chameleons can take on all sorts of shades of red and orange.

However, the largest chameleons — giant chameleons — do not change their colour for competition. Males of this species are usually painted more modestly than females, which, by the way is rare among chameleons, but during the mating period they literally “bloom” with colours! And desert chameleons use their body colour for thermoregulation. So, in the morning they usually acquire a black colour in order to more effectively absorb heat, and during the heat of the day they turn gray.

Sunlight also affects the colour of the chameleon. The hot sun makes the cells dark or even black. A high temperature without sunlight causes a green colour, and in the dark, the chameleon turns cream with yellow spots.

How Chameleons Change Their Colour?

Nature has created a chameleon in such a way that its skin is completely transparent, and under it there are cells of black, red and yellow colours. In those moments when the chameleon is afraid or angry, its nervous system gives these cells signals, after which they expand and contract. That is why the impression of a change in the colour of the chameleon’s skin is created. Being in a calm state, this representative of the lizard family has a reddish-brown colour and slightly noticeable transverse stripes.

What Role Do Chameleon Eyes Play?

An important role in changing the colour of the skin is played by the eyes. Scientists have found that without eyes, chameleons lose the ability to change skin colour. Therefore, they suggested that light is the main stimulus that sends signals to the chameleon’s nervous system through the eyes. Also, based on experiments, experts have suggested that in the central nervous system there are two centers responsible for changing colour: volitional and automatic.

We hope we helped you understand why chameleons change colour and you will no longer think they change their colour because of the environment.

10 Animals With The Most Amazing Superpowers